Not really painting with any specific goal at the moment, just doing various bits and pieces for fun.  The latest completions are a handful of Airfix Eighth Army, which I've had around since I was a little nipper, and which had originally had received a bit of paint from my Grandad.  Back then of course they had to settle for fighting against WWI germans or japanese infantry, now I actually have some Afrika Korps I can paint up!

The quality of some of the airfix sets is pretty variable, but these are still outstanding, even compared to many more modern releases.

Main uniform was Vallejo Iraqi Sand.  I used khaki for the helmets and green grey for the webbing, not strictly accurate, but I wanted them to stand out. 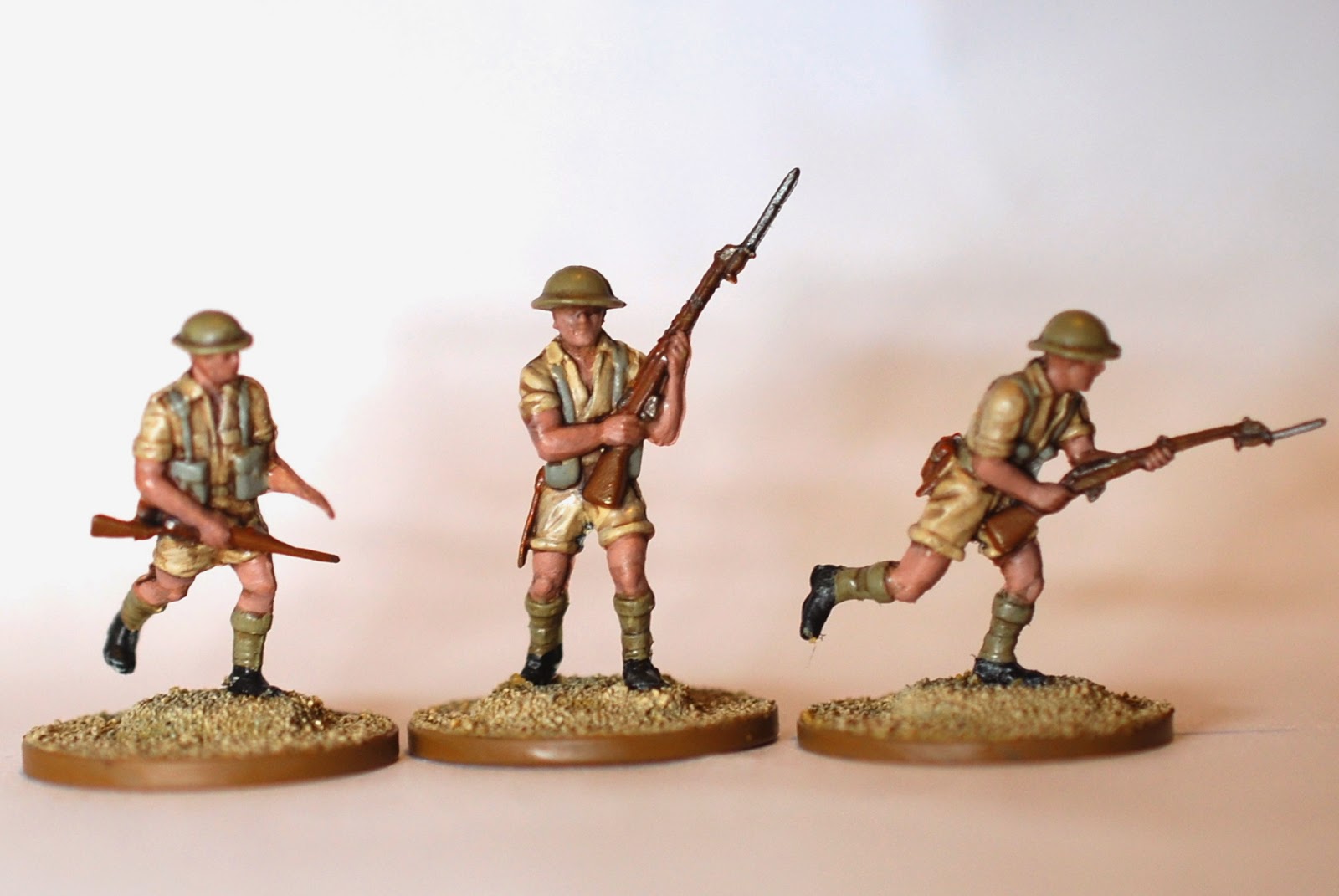 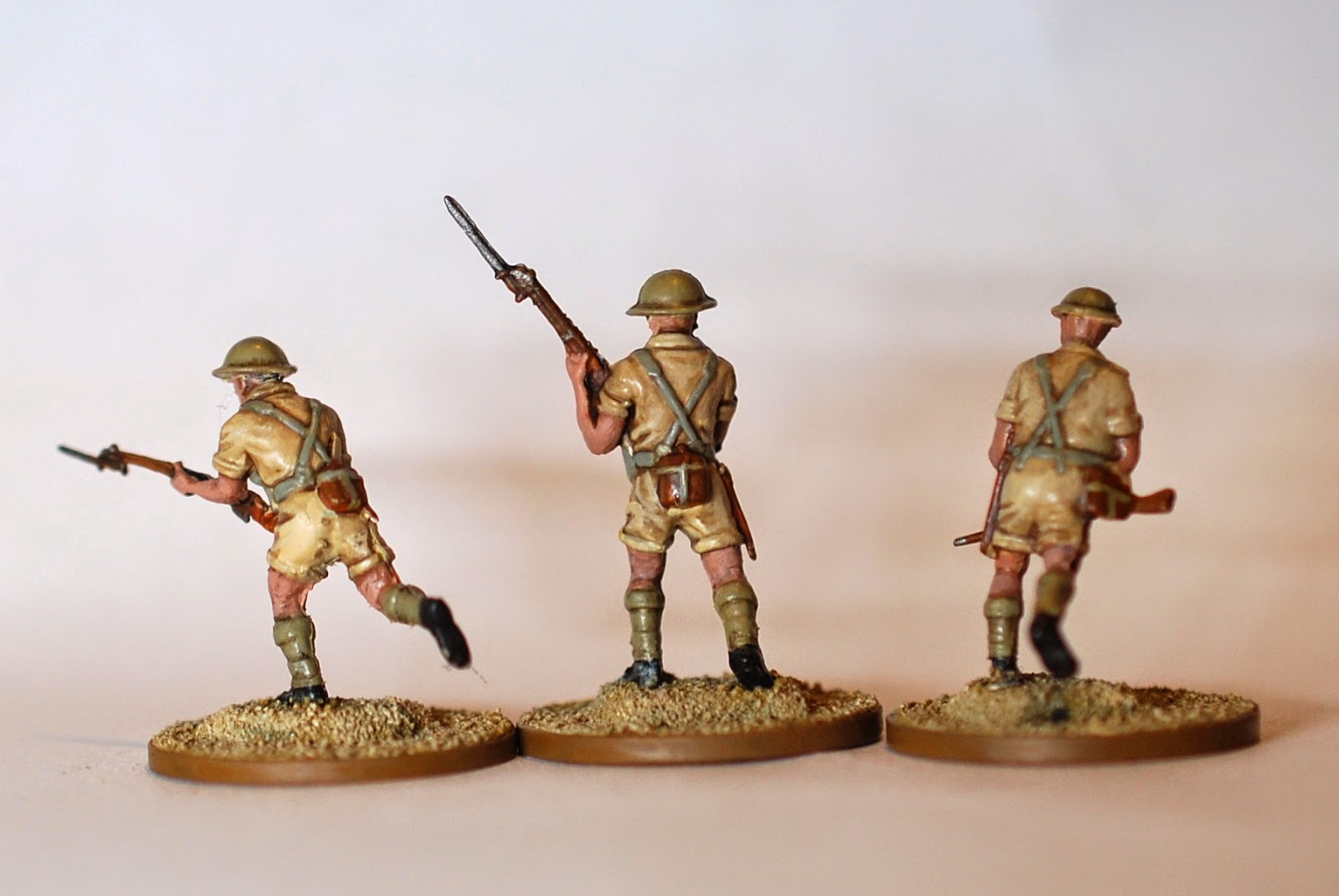 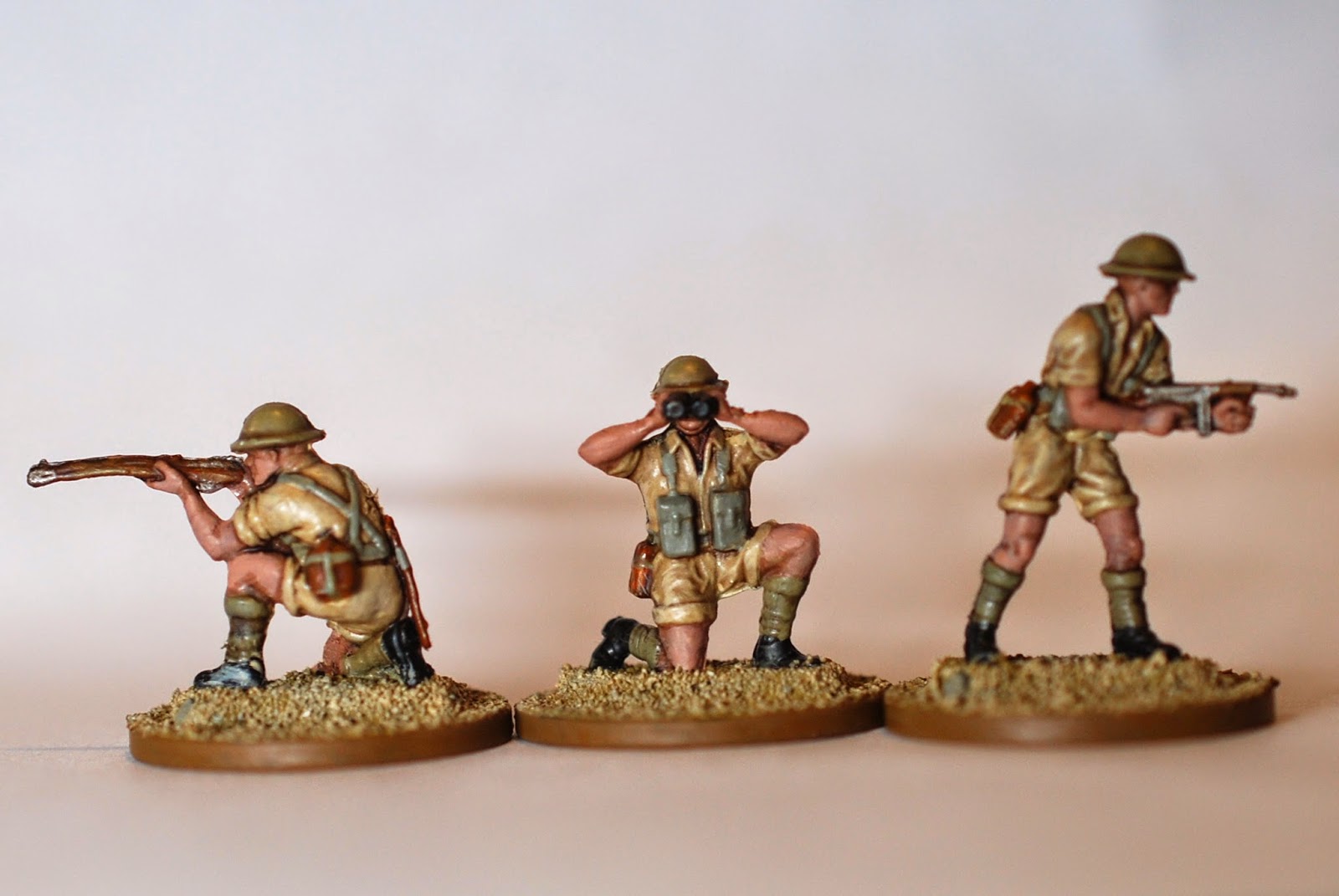 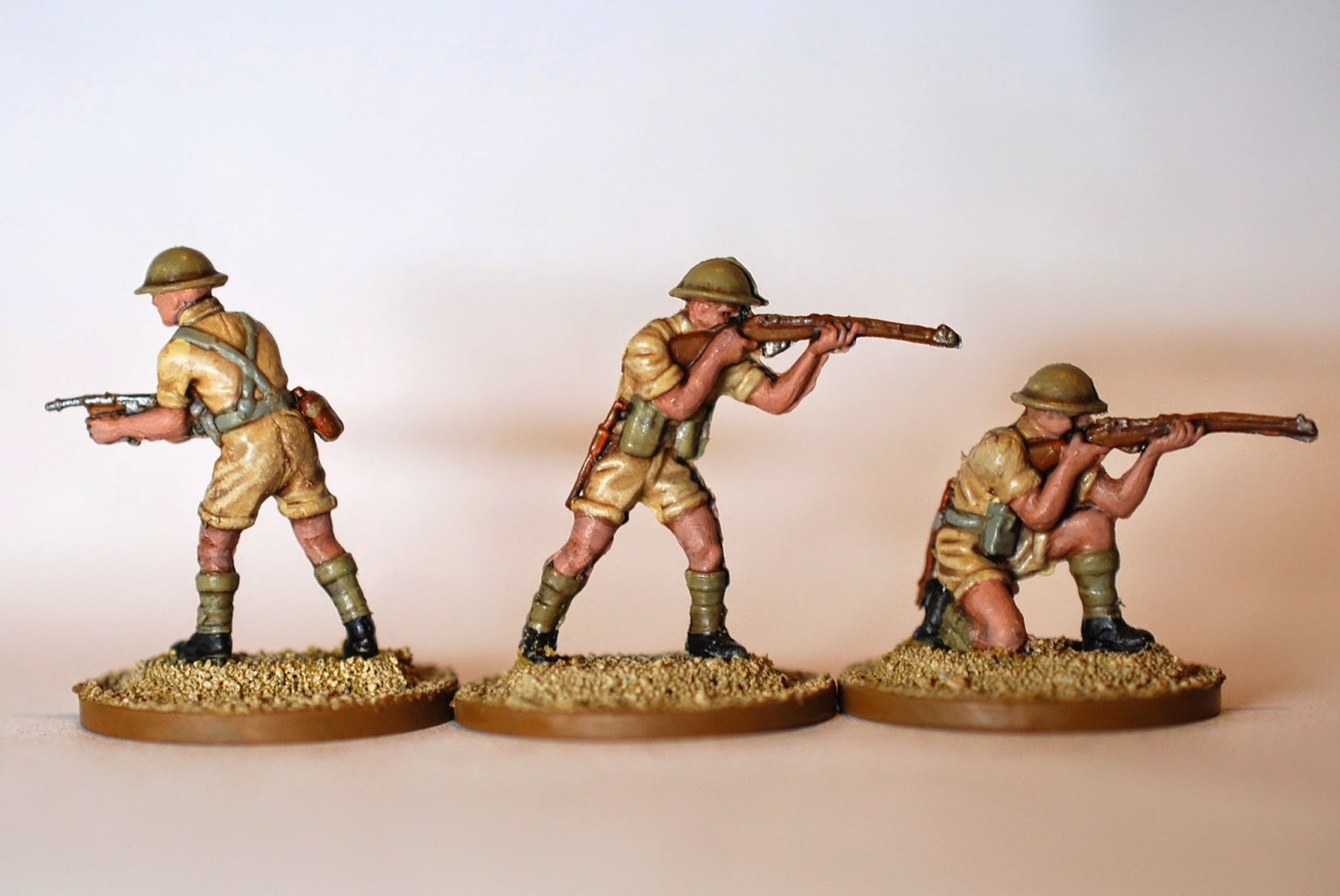