Aeronautica Imperialis allows you to include ground defences to defend against bombing raids. Unfortunately my Hydra Flak tanks (from my Epic Guard army) looked a bit lost and vulnerable on the gaming table! Bitten by the AI bug, and always having enjoyed making scenery, I thought some makeshift defences might look good.

The aim was to end up with something that looked like it had been quickly prepared by engineers to shelter the AA tanks, rather than a permanent, fixed defence.

I started with a plasticard base, on which I glued styrene insulation foam that had been shaped, first with a hot wire cutter, then a modelling knife. Green stuff modelling putty was used to make sandbags on the parapet, and thin balsa for the internal wooden retaining wall (the panels were scribed with a drawing pen) 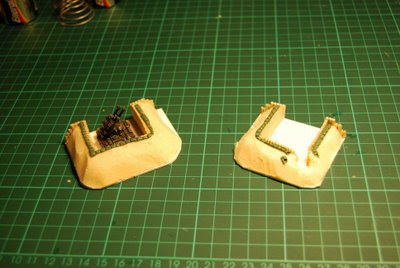 Unfortunately, like an idiot I forgot what superglue would do to styrene! Which is why one of the defences has a bit of 'battle damage'!

The revetment was then given a coating of PVA and sand. 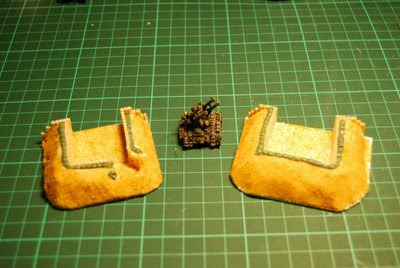 Finally they were given a desert style paintjob, as we've mostly been playing the campaign on desert terrain boards, to match Matt's Tau colour scheme (my olive drab imperials look fine almost anywhere as it's such a basic colour). 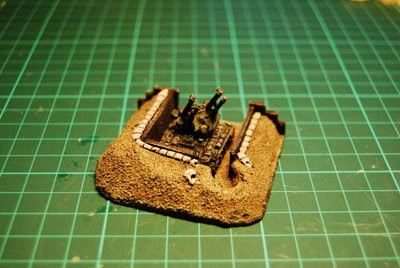