Just a few more pics of the ongoing WWII project. I've just finished (apart from decals, which I don't have yet) a pair of Armourfast StugIIIs. These are nice little models, very quick to build. The detail is pretty basic, particularly on pieces like the tracks, but fine at for gaming. They seem pretty robust too (I've dropped one already). The reason for the two different colour schemes is that I was testing out which combinations of colours worked best. I still can't decide which I prefer... 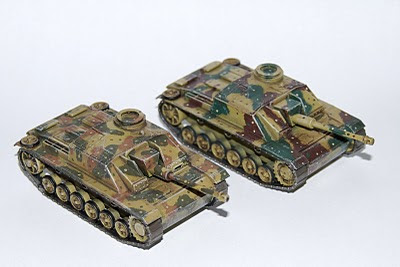 Second up are some buildings. Most of my 28mm scale scenery will work fine for Western Europe: trees, hills hedges and so on; however buildings are a different matter. These two are resin models from Airfix. They're described as 1:76 scale, so look a little small next to most models up close, but at gaming distance they should be fine. Longer term they could probably do with being mounted on bases with some rubble. 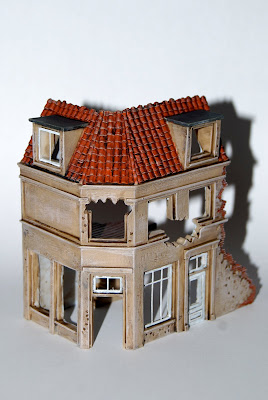 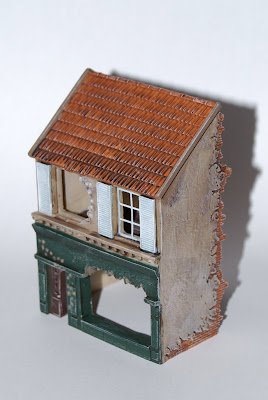