A bit late, perhaps, but I'm going to cast my mind back to the heady days of 2012 and reflect on what the Christmas period brought along to join the Slippery Slope.

It would be fair to say that whilst I didn't quite have the Christmas I'd planned, it was still a pretty good one, and surprisingly productive from a gaming and modelling point of view.  The original plan was that Mel and I would spend Christmas with my folks down in Dorset (South West England to those not so familiar with the UK).  However heavy rain and flooding across the country soon put paid to those plans, as we watched the updates of cancelled and delayed trains mount up online (you know those people you see on news reports being passed hot cups of tea by well meaning volunteers whilst having to spend the night stranded in some community centre somewhere?  Well, I didn't want that to be us!).  At one point it looked like we'd be spending Christmas on our own, until Mel's sister took pity on us and made room for us to join them and the rest of Mel's family just down the road.

Well fed and rested, and with the flood waters receding, we finally headed south.  I think I've mentioned before that much of my interest in modelling came from my Dad who, in a burst of nostalgia, presented me a with a rather lovely little pre-painted kit of an X-wing to assemble, bless him! 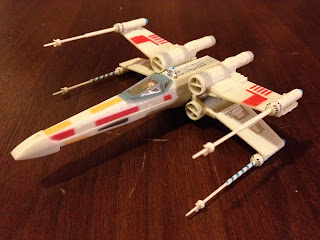 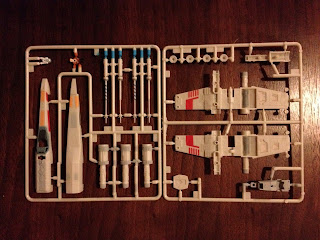 The same thinking seemed to have somehow infected my sister, who provided more modelling material in the form of some Plastic Soldier Company Panzer IVs (I know what one of my next projects is going to be!) 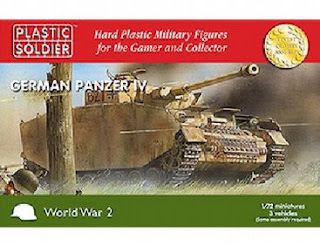 As if that weren't impressive enough, we even managed a bit of gaming (sort of...).  At this point it's important to note that my Mum is a fanatical watcher of TV soaps (even over Christmas) which the rest of us find pretty tedious, so we planned ahead with some games to distract the rest of us.  On a whim, I'd picked up 'Zombies!!!' already, and Mel retaliated with Lego Creationary (think Pictionary, but with Lego).  Lego won the toss and much hilarity and confusion ensued as we all tried to guess at the increasingly disastrous (and possibly alcohol fuelled) attempts to build something even vaguely recognisable. 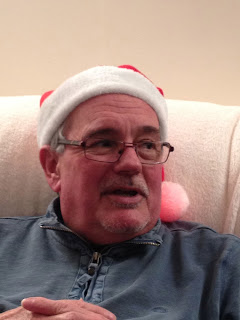 Much fun was had, brussel sprouts were consumed, and wine flowed.  But all good things come to an end, and we slogged back to Derbyshire with the intention of having a nice quiet New Years in, just the two of us.

Yep, you guessed it, that didn't quite go to plan either...

A bit of a family crisis instead saw us hosting Mel's sister and our two little nieces (it seemed only fair, as they'd taken pity on us the week before).  This is where 'Zombies!!!' comes in again.  In a surprise twist, the elder of the two, Isobel (10), turned out not only to be quite comfortable with the idea of the undead roaming the streets, she also turned out to be a proficient and distinctly devious board game player, who proceeded to win time and again against the (so-called) grown-ups! 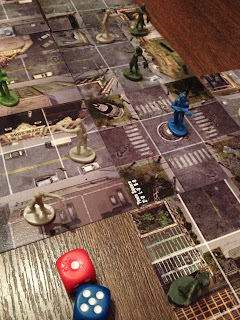 For anyone after a simple, 'beer and pretzels' type game I can recommend 'Zombies!!!', it even got Mel quite hooked, and she's not normally much into games.  The rules take a couple of run throughs to get used to, but once you have they're pretty simple and don't get in the way of the fun.  The objective is simply to be first to the helipad to escape, with each player taking it in turns to move and fight with their character and then move a random number of zombies (the game comes with about 100 zombies of two types).  Straightforward enough in concept but the random map (each player draws a new map tile each turn until the helipad one turns up) keeps things fresh for each game, while the event and item cards positively encourage back-stabbing and underhand tactics throughout.