It's been a while, but I've found some time and energy to paint again.  The previous few months I just haven't had the energy or enthusiasm for various reasons, but the last few weeks have seen a flurry of activity.

I'm not entirely sure why, but I seem to have been overcome by a fit of nostalgia, that's led to unearthing some old minis from the attic, and scouring ebay for some bargains.  I have acquired a copy of Osprey's Dragon Rampant, but whether that is symptom or cause I'm unsure.  Either way, the main recipients of my efforts have been some dwarves, orcs and skeletons, almost all from the old Grenadier lines.

Anyway; on to the models:

What started it was spotting some of Nick Lund's dwarves.  I've always liked these sculpts.  Solid, stoic and heavily armed and armoured, they fit my image of dwarves (which is mostly from Tolkien) perfectly. 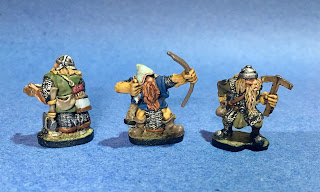 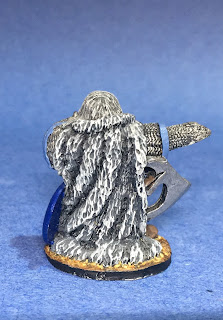 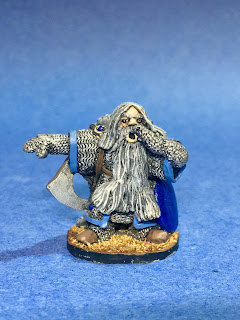 I actually did this last one years ago (mid 1990s), but I'm still really pleased with it.

Of course, dwarves need some opposition... 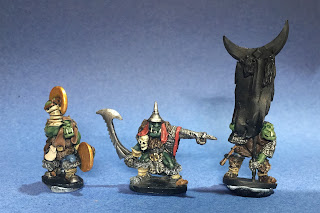 More great Nick Lund Sculpts.  Undecided on the banner at this stage.  He would later redo some of these for Citadel as Black Orcs.  First time I've done proper greenskins (last time I did any orcs it was more middle earth colouring. 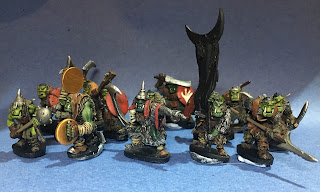 Here's the full orcish horde (all 13 of them).  Most of these guys came form ebay together already painted.  Not  bad job so I just added some shade and highlighting.