I've managed to find a bit of time to add some more stuff to my WWII collection.

First up, and just finished today, a Humber Armoured Car for the Brits (yes, I wasn't happy enough with the Daimler and caved in to replacing it).  The Kit's from Hasegawa and was an absolute gem to put together.  Just the tiniest bit of flash to remove then everything went together really easily.  I particularly like that the kit includes some stowage.  My only worry is that thin gun barrel, I have a feeling Ill be having to replace that with brass rod at some point... 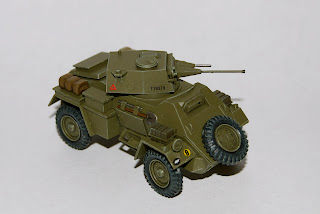 The rest of my Brit armour has also had a bit of work, adding some detailing and unit markings.  They're far from accurate, but I can live with that. 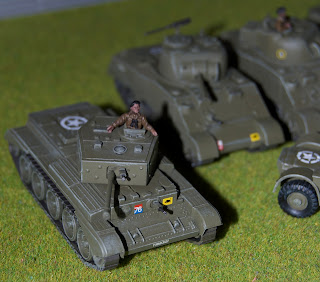 Finally, a little run-around for the Germans in the form of a Kubelwagen (the other part of the Airfix German Reconaissance set). 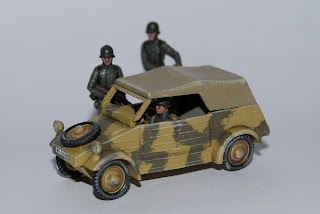 There's also some infantry on the way, more on that later.