Build 'em up and knock 'em down

I've got tanks, I've got troops, now all I need is something for them to fight over. I've already painted a couple of resin ruins from airfix, but over the last couple of months I've been adding a bit more. First up, a ruined small industrial building, available from Airfix in resin. To be honest their stuff is a bit pricy, but it's nicely cast and paints up well. I think it needs a scenic base with some rubble on myself, which shouldn't be too tricky. 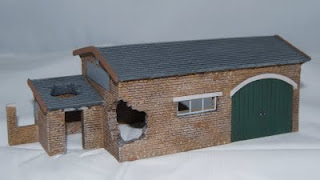 Next up is a famrhouse from Italieri. This is a plastic kit and involved some assembly. The style is slightly more southern Europe/Italy really, but shouldn't look too out of place. It's substantially bigger than the Resin Airfix buildings, but that fit its character. 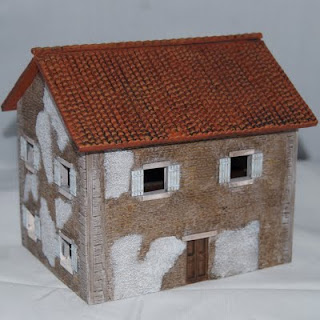 Both buildings have been painted to try and represent the the grey/gold stone common to northern France (and much of southern England too!). The basecoat is actually an emulsion tester pot (Dulux 'Potters Wheel' to be precise), followed by a drybrush of GW Kemhri Brown, a wash of Devlan Mud, followed by light drybrushes of GW's Tau Ochre and Dheneb Stone.
Finally, I've had a go at scratchbuilding using some offcuts of foamboard and textured plasticard, and some doors and windows left over from days playing with trains. It's still awaiting paint, and I rushed it a bit, which has left some gaps, but I'm fairly pleased. 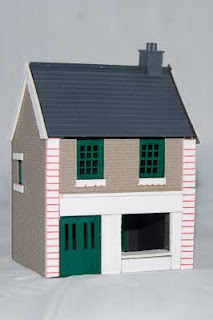