Nearly finished my first batch of Caesar's WWII British Infantry.  Really nice models, great poses, generally loads of fine detail except, oddly, when it comes to the weapons.  I also have Bren and PIAT Gunners painted up, but they're going to need custom bases made as they're prone, firing their weapons. 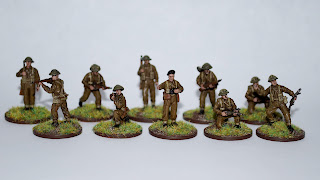 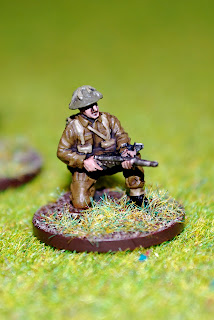 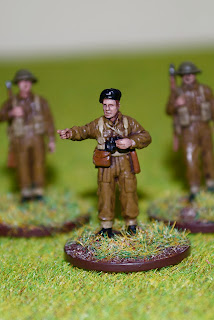 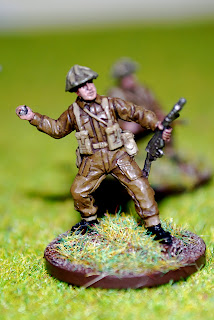 Painting was done mostly with the FoW British paint set (basically Vallejo colours, although the FoW branding certainly reduces fiddling around finding the right colours for the WWII novice like me).  Spray undercoated black, then basecoat of British Uniform, with the webbing and helmet picked out in Khaki and Russian Uniform respectively.  Faces were GW Tallarn flesh, boots GW chaos black (has anyone else found that particular paint has horrible coverage on bare plastic?), weapons GW bestial brown and Boltgun metal.  All were then given a wash of GW Devlan Mud wash, then highlights picked out again in the original colour.  I think the bases took longer than the models overall!
Posted by Alan M at 00:50