Well, the AI campaign my mate Matt and I have been doing has come to an end. In an aerial dogfight of epic proportions, my Thunderbolts finally came good in the last turn but one, gaining me the points to win the campaign just before shortage of fuel would have forced them to retire.

Having been bitten by the bug, we immediately started another campaign. Switching to the winter themed terrain boards at Warhammer World (darn, and I'd just finished my Valkyries and terrain with a desert theme!), we decided on a medium sized campaign, and would try out the rules for weather and nightfighting.

With Matt having done a blog for the last campaign, we decided it was my turn to chronicle the exploits of our magnificent men (and beings) in their flying machines.

“Administratum records show that Curwin was first settled by the Imperium during the Great Crusade. Of little strategic importance at the time, the colonists faced a harsh task with little support. Terrafroming was done the hard way, burning clear the poisonous local vegetation and planting with terran derived seed acre by acre. Their only contact was the census ships that would pass every few years.

Even these visits ceased during the chaos of the Horus Heresy. When the ships finally returned, they found the planet isolated by warp storms. Whether these resulted from the cataclysm of the heresy, no one knows, but regardless the colonists had to be abandoned.

Curwin was forgotten for many years, but the universe continued around it nonetheless. The storm locked planet saw the Tau empire expand closer and closer. It was the Imperial Cruiser Gladius, on a wide sweep of the imperial/Tau frontier, which first discovered that the warp storms had abated. A sensor sweep revealed that the planet’s terraforming had been completed and no obvious signs of chaos corruption, but of the colonists there was no sign.

Although of little obvious strategic importance, with no manufactoriums or organised food production, sector command quickly recognised the potential role of the planet for either side as a staging point for raids into the other’s territory. A small force was rapidly assembled to establish a presence on the planet and provide early warning of any Tau movement. With so much ground to cover, the force was to be well provided with Imperial Navy aircraft, alongside a regiment of guard to provide defence for the airfields and vital installations that would be established.

Unknown to the Imperium, their activity had not gone unnoticed by the Tau Ethereals. Their own scout ships soon confirmed the end of the warp storms and the Imperium’s intentions were accurately predicted. With the efficiency and co-operation so characteristic of the Tau, a similar force was prepared a despatched.

With major fleet and ground assets tied up elsewhere, the fate of Curwin looked likely to be settled by the actions of the pilots of the Aeronautica Imperialis and the Tau Cadres.” 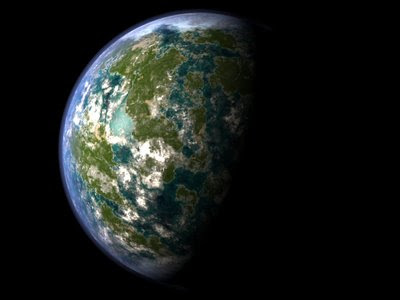